Christ Is The Sum And Harmony Of All Things 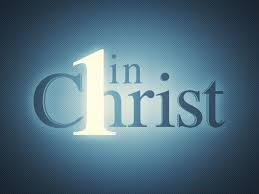 Ever since the devil took over this world there had been divisions, conflicts, oppositions and contradictions. In fact we have come to know the world that way and we have seen it as normal. Yes we have come to know a world without harmony, a world governed by the law of conflict and contradiction. We've adapted to it and we have now come to see this darkness as advantageous. You hear people talk about the advantage of conflict and the profit of contradiction, in fact I know of a theory that explained that this two things (conflict and contradiction) would lead to Utopia. Oh such foolishness, let our eyes be open that we may see that this world is in a mess. But look! see what God had done through Jesus:
"and by Him [Christ] to reconcile all things to Himself, by Him, whether things on earth or things in heaven, having made peace through the blood of His cross." (Col 1:20 NKJV)
"So spacious is he, so roomy, that everything of God finds its proper place in him without crowding. Not only that, but all the broken and dislocated pieces of the universe—people and things, animals and atoms—get properly fixed and fit together in vibrant harmonies, all because of his death, his blood that poured down from the cross." (Col 1:19-20 MSG)
"He set it all out before us in Christ, a long-range plan in which everything would be brought together and summed up in him, everything in deepest heaven, everything on planet earth." (Eph 1:10 MSG).
All things had been sum up and harmonized in Christ. In Christ there is no longer contradictions and conflicts or division but all things had been made one. In Christ love and hate are one, hate is not an absence of love but a product of love (Matt 6:24; Heb 1:9). In this world you either temper justice with mercy or you withhold mercy to serve justice but in Christ mercy and justice had been made one (Heb 9:22; Isa 53:10). In Christ the beginning is the end, for Christ is not the beginning that later became the end but Christ is both the beginning and the end at the same time. In Christ weakness is strength because it is in our weakness that his strength is made perfect (2Cor 12:9). Foolishness is wisdom, for it is only when we are foolish enough that we are truly wise (1Cor 3:18). In Christ only those who are ignorant have much knowledge (1Cor 2:1,7,16). In Christ the lowest floor is the highest peek, for when we strip so low than we are at the greatest of heights. In Christ humility, meekness and lowliness is glory, power and honour. In Christ being poor is great wealth i.e when we become poor (total dependent on God) then shall our wealth be multiplied. In Christ weeping is joy, death is life, emptiness is fullness, suffering is enjoyment, defeat is victory, humiliation is glory and it goes on and on.
The fact is that in the new creation that which is divided have been united, things that were in conflict have been harmonized and those things that are contradictory are now complimentary because Christ is the sum and harmony of all things.

Centrality And Supremacy Of Christ

You can now translate this blog to your language